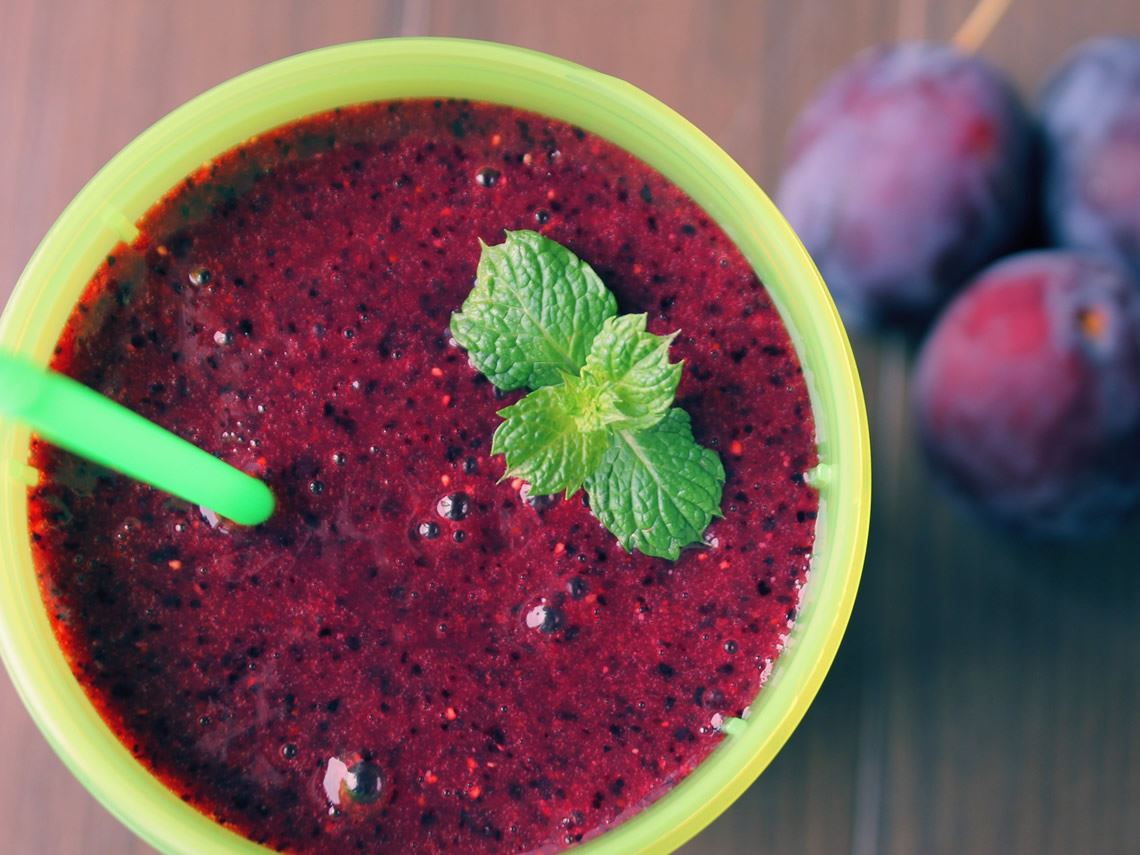 Coffee v smoothies: Which is better for you?

Which is healthier - coffee or smoothies?

One is made of fruit. The other is caffeinated. So a smoothie is a healthier option than a coffee, right? Don't be so sure, says Michael Mosley, as he weighs the evidence.

It seems obvious that the answer must be a smoothie. After all, drinking coffee is a necessary evil while having a smoothie, made from fruit, is part of your five-a-day. But when you look into the scientific studies they reveal something much more surprising.

In fact, data from this study suggests that moderate coffee consumption is mildly protective, leading to slightly lower all-cause mortality in coffee drinkers than non-coffee drinkers. Based on this and other studies the most effective "dose" is two to five cups a day. More than that and any benefits drop off. There are hundreds of different substances in coffee, including many different flavonoids (compounds widely found in plants that have antioxidant effects). Which of these ingredients is beneficial, we simply don't know.

One reason why caffeine may be a mild anti-depressant is that as well as making you more alert, it increases levels of neurotransmitters in the brain, like dopamine and serotonin, that are known to improve mood.

The researchers don't recommend going overboard, noting that "there is little further benefit for consumption above two to three cups".

They may consist of pure fruit but by the time you've got rid of the peel and mashed the fibre then you have already lost many of the potential health benefits. What you are mainly left with is a sugary drink. In a survey published in early 2013, researchers found that out of 52 commercial smoothies, 41 had more sugar than Coca-Cola (a 12oz can contains the equivalent of about nine teaspoons), and all had more calories.

Fruit smoothies are acidic and the bits cling to your teeth, so dentists are not enthusiastic. An apple a day may keep the doctor away, but not when it's been peeled, blended, mashed and packaged.

Creative baristas will often add some flair to cappuccinos or lattes by cleverly pou... Read More